With over 20 weekly leagues and clubs at Village Greens there’s a good fit for everyone.

Each of the leagues that play at Village Greens is different. We’re proud to host such a diverse crowd at our course. We currently have 22 weekly leagues, including 14 women’s leagues. Many of these leagues are open to the public and looking for new members.

Some leagues are more competitive, while others are just about spending time with new friends out on the course. Read on to learn more about some of our featured leagues and find the one that’s best for you.

The Village Greens Men's Club is all about having a good time. This club has over 100 members. Golfers play on Sunday mornings. The club includes individual, 2-person, and team events in the schedule, with various formats. 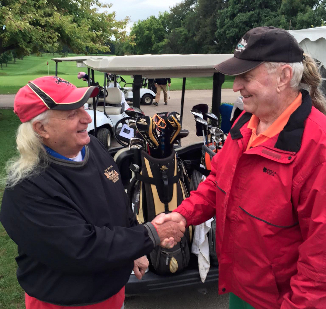 Some of the special events hosted by the club are the flighted Club Championship, Member-Guest tournament, and Member-Member tournament.

Learn more about the Men's Club

The Midwestern Women's Golf Club has been around for over 90 years. With over 60 golfers the club plays on Thursday mornings from April to October. This fairly competitive group follows all the USGA and League rules.

"They have a great combination of social events versus competitive golf. It's well run, well organized. They do a lot of charity work. All of the women who play in there, they do traveling leagues and they're great ambassadors for the game." says General Manager Brandon Evans.

The Women's Club is actively seeking members. Intermediate playing levels accepted; you must have golf experience to join this league.

The PGA Junior League is a great way for kids to learn golf or improve their game. The league organizes competition in a team vs. team competition format, team uniforms and snacks after the round brings a "Little League" atmosphere to the game of golf. The goal of the PGA Junior experience is making sure the game is fun and rewarding for each participant. Besides getting some fun competition, members also get plenty of golf instruction and unlimited range balls for practice. 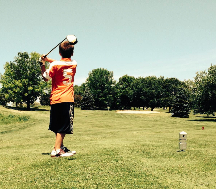 “Legends of Village Greens” golf league is a senior men’s league that plays on Tuesday mornings.

This league includes individual, twosome, and foursome events in the schedule. Some of the featured events are the Legends Championship, Texas Scramble, and their Annual Tournament.

This women’s league has an emphasis on fun and fast play.

The intimate league has around 20 members who play 18-hole rounds on Sunday mornings. Their goal: to finish in 4 hours or less. And, have fun while they do it.

This league is currently seeking members and accepting applications.

This league is an all-female league that comes together on Monday mornings, excluding Memorial Day and Labor Day.

Some of their special events include a match tournament, a Fun Day and a championship in August.

This League does require that you follow all USGA/League rules.

Find out more about the Western Springs Infant Welfare - WSIW

This league plays on Wednesday afternoons beginning in May going into August. Putt-Putts is a fun and social league that accepts most golfers (intermediate is preferred).

Among their other events, they host a Rally for the Cure event at the end of June.

Find out more about Putt-Putts

This ladies league plays the back nine on Thursday mornings. Their season lasts from May through September. Morning tee times in this league are from 6:57 a.m. to 7:33 a.m.

Join now, their pre-season meeting is in April.

This women’s league is for semi-competitive and intermediate to advanced golfers. They play on Wednesday mornings.

Golfers in this league follow all USGA/League rules. Those with league experience and a 40 or under handicap are welcome.

A couple of the special events in this league are a Guest Day and a Fun Day.

Find out more about the Village Greens Women’s Club

B & B Golf League

Some of their special events include a Guest Day, a Rally for the Cure event, and a Ringer Tournament.

Find out more about B & B Golf League

This league is just what it sounds like. In this fun and social league women play 9-holes every Tuesday morning starting in May and going into September.

This league is actively seeking members.

Our favorite part of the game of golf is the social aspect; bringing people together. Village Greens of Woodridge has even more leagues and clubs. If the clubs we shared here aren’t right for you we might still have one that is a perfect fit. Get in touch with us to find out more about league play opportunities. Call (630) 985-3610.

Ready to Reserve your Spot?